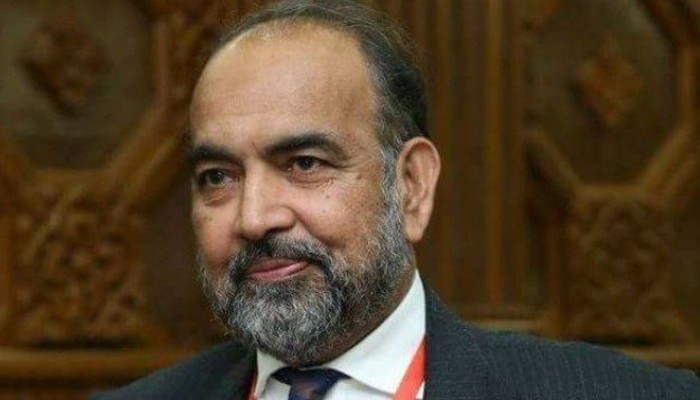 ISLAMABAD: The Council of Islamic Ideology (CII) has urged masses to pray at home and obey the government’s guidelines on gathering at mosques as new cases of the coronavirus continue to emerge throughout Pakistan.

In a press release issued Thursday, the CII threw its weight behind the government’s decision to ban congregational prayers for more than five people. “The value of human life has a special importance in Shariah and the religion of God gives it special importance,” its chairperson, Dr Qibla Ayaz, said, according to the statement.

Ayaz urged people to stay at home to practise social distancing and called upon them to follow safety precautions provided by the state institutions and medical experts.

He emphasised that people should not perceive that mosques were being locked up but at the same time, urged the places of worship to adhere to the government’s instructions on limiting congregational prayers.

The CII called upon the government to seek cooperation from imams rather than locking them up so that they could fight the virus with the authorities’ help. It added that the spread of the coronavirus was not linked to any one religious group or sect.

“Whether it be Umrah pilgrims, zaireen of holy sites or members of the Tableeghi Jamaat, none are associated with the spread of this disease. The individual negligence that has taken place in this regard should be treated with lawful and logical steps,” said Ayaz.

The council paid tribute to the international organisations, medical experts, and health professionals battling the virus at present and those engaged in seeking a cure for the pandemic. It urged the affluent to keep in mind the religious minorities in Pakistan and help them out during this crisis.

“All those affected by the coronavirus should be helped regardless of their faith or ethnicity. The government, civil society and public should join hands to provide relief to them,” the CII chair added.

Ayaz noted that people who had died from the coronavirus should be referred to as martyrs or deceased, rather than saying they were killed. He added that those who lost their battle against COVID-19 should be given ghusl, or ablution, in accordance with the safety precautions.

He also urged the government to upgrade the status of mosques as community centres.

Condemning the curfew in occupied Kashmir, the CII called on the world to take notice of Indian barbarity in the disputed territory. It also said the government should help out Pakistanis who were stranded both within the country and abroad.

Share
Previous Harry Potter lovers are getting THIS surreal gift from J.K.Rowling | Entertainment
Next No public movement allowed from 12-3pm on Friday: Sindh govt

Pakistan to get first shipment of COVID-19 vaccine by Jan 31: Qureshi