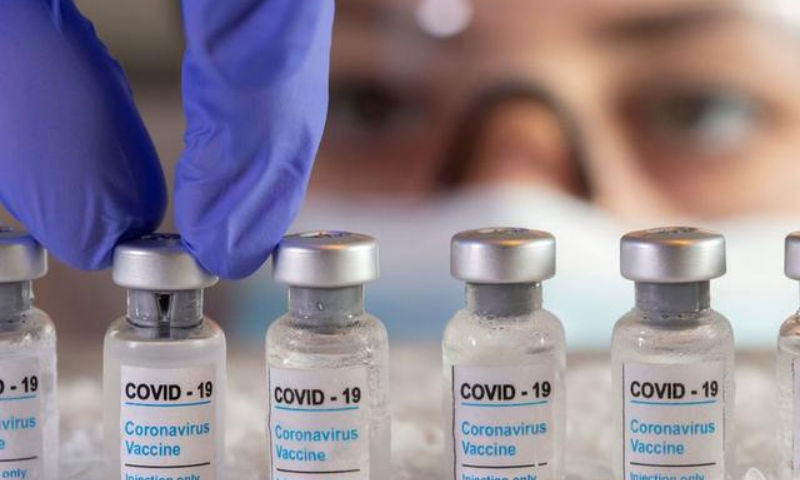 The Drug Regulatory Authority of Pakistan (Drap) on Monday approved Chinese state-owned firm Sinopharm’s Covid-19 vaccine for emergency use, the second shot to be given approval for use in the country.

On Friday, Drap had authorised the Oxford University AstraZeneca Covid-19 vaccine for emergency use in Pakistan.

“In a meeting conducted by [the] Registration Board of Drap today January 18, 2021, another vaccine manufactured by China National Pharmaceutical Group (Sinopharm) has also been given EUA (emergency use authorisation),” a spokesperson for the regulatory body said in a statement.

Both the Oxford and Sinopharm vaccines were evaluated for their safety and quality and granted EUA “with certain conditions”, the statement added.

“This authorisation will be reviewed on quarterly basis keeping in view further data regarding safety, efficacy and quality,” it said.

A member of the Scientific Task Force on Covid-19 constituted in March last year, Dr Ghazna Khalid, had told Dawn last week that the Phase-I trial of the Sinopharm vaccine that was being conducted in Karachi had reached the final stage.

“We have almost completed the trial as only 10 volunteers are left,” Dr Khalid said at the time. She said there was a requirement to hold a small Phase-I trial of the vaccine so it was decided to hold the trial at the International Centre for Chemical and Biological Sciences (ICCBS), Karachi, with the collaboration of Indus Hospital.

Asked about the sample size of the trial, she said the Phase-I trial should not be confused with the clinical trial as so far the vaccine had been administered to one million volunteers in China, Dubai and Abu Dhabi.

Dr Khalid said the efficacy of the vaccine was 86 per cent and there was 100pc prevention of severe infections.

On December 30, a special cabinet committee for procurement of Covid-19 vaccine, chaired by federal Minister for Planning and Development Asad Umar, had decided to procure 1.1 million doses of vaccine from Sinopharm. It was also announced that the vaccine would be provided to 500,000 frontline healthcare workers as two doses would be given to each worker and the margin of spoilage was 10pc.

While talking to Dawn, ICCBS Director Prof Dr Iqbal Choudhary said the trial was being done on 150 healthy volunteers to see how the vaccine reacted on different ethnic groups.

An official of the Ministry of National Health Services, requesting not to be named, had earlier told Dawn there was almost no chance of getting the Oxford University-AstraZeneca vaccine as India had already purchased its research and was also manufacturing it. Besides, New Delhi has announced that it will give priority to its own population.

“Our only chance to get the vaccine is through Covax,” the official said.

Covax is an alliance that had been set up by Global Alliance for Vaccines and Immunisation (GAVI), Coalition for Epidemic Preparedness Innovations (CEPI) and World Health Organisation in April last year. It has pledged provision of free vaccine for 20 per cent of the population of around 190 countries, including Pakistan. It is hoped that the first consignment will be received just after the start of the second quarter of 2021.

On Saturday, federal Minister for Planning, Development and Special Initiatives Asad Umar had said that the federal government would not hold a monopoly on the import of coronavirus vaccines, adding that provinces and the private sector were free to import vaccines subject to Drap’s approval.

“From day 1, the NCOC has adopted the policy that the federal government shall not have the monopoly to import anti-coronavirus vaccines,” he said while speaking to Geo News. “Provinces and private entities including hospitals have been allowed to import the vaccines that are approved by Drap.”