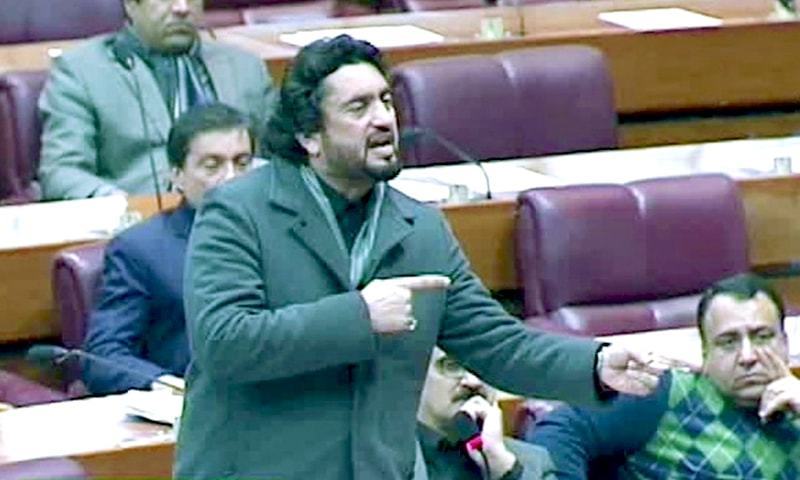 Minister for States and Frontier Regions (Safron) and Narcotics Control Shehryar Afridi on Tuesday lashed out at PML-N leader Rana Sanaullah and challenged the former Punjab law minister — who is nominated in a drug case — to “face trial like a man”.

Speaking on the floor of the National Assembly, Afridi said Sanaullah did not want to face the court in the drug case filed against him by the Anti-Narcotics Force (ANF).

“I’ve been told that he is carrying around the Holy Quran with him. Rana sahib, learn to follow the Holy Quran. If you are speaking the truth, go to the courts and fight like a man. Don’t beat around the bush,” said a visibly charged Afridi.

Afridi was briefly interrupted when Sanaullah arrived in the parliament, carrying a file.

“I thought you’d bring a copy of the Holy Quran today but you have brought a file today,” the state minister remarked and added: “Let’s take this [matter] to its logical end here in the House, today. There is a hearing on January 18th. Let him stand and say, in this House, that a trial should be initiated so that the truth can come out.

“Don’t run away. This government and ministry will not let you run away. We will take this to the end because this matter concerns my generation and my country.”