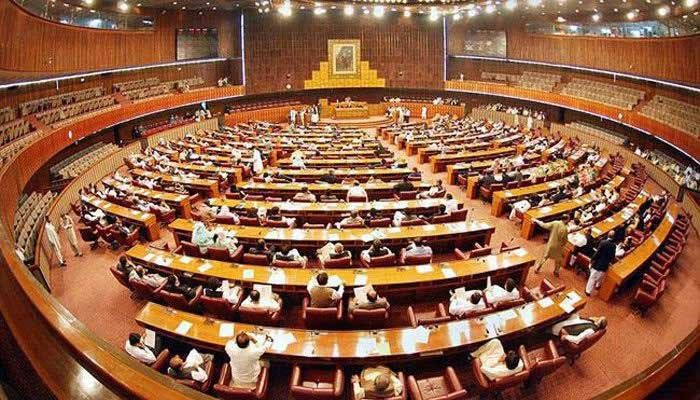 In a major victory for child’s rights activists, a bill against the corporal punishment of children in Islamabad was passed on Tuesday in the National Assembly.

An amendment in the bill presented by the government was also passed.

According to Minister for Human Rights Shireen Mazari, with the amendment proposed by the government, it will now be possible for complaints to be filed in court.

“The previous version of bill stated that complaints must be made to the government committee formed for the purpose,” she said.

The human rights minister said that now the court can directly be approached.

Bill banning corporal punishment approved by cabinet, to be presented to NA: Mazari

Founder of the Zindagi Trust foundation — a non-governmental organisation that works for the education of working children — Shehzad Roy, spoke to Geo News after the passing of the bill to share his joy over the development.

He thanked Islamabad High Court Chief Justice Athar Minallah who had suspended Section 89 of the Pakistan Penal Code which allowed for the use of corporal punishment by parents, guardians and teachers “in good faith for the benefit”.

Roy said Zindagi Trust had petitioned for Section 89 to be abolished. “I also wish to thank Shireen Mazari who had personally appeared in court […] she herself had a bill on corporal punishment which could not progress in parliament due to some technicalities.”

He said it is a huge deal that the Opposition and the government had come together to pass the crucial legislation.

The activist lamented that children, even before they go to school, see beatings at home at the hand of their parents. “Children grow up with the idea that violence is necessary for discipline […] that’s where the violence that we see in society comes from.”

“The mindset that children need to be beaten to dissuade them from creating noise, or breaking things, etc. needs to be changed. Children will stop at the time but it creates very dangerous and long-term psychological damage,” he explained.

Roy said teachers will have to be taught how to manage children without the use of violence. He said that it is natural for teachers to feel frustrated when there are about a 100 children in one class, adding that there should not be more than 30 in a class.

He said that people would share videos of teachers beating children but since the law provided for such beatings, it would be (falsely) determined that the act was done “in good faith”.

With the law having been passed against corporal punishments, Roy said now mass awareness campaigns need to be run, to communicate how children can be managed without resorting to physical violence.

According to a press release by Zindagi Trust, Sindh passed their Prohibition of Corporal Punishment in 2017, but there are still no rules of implementation developed and communicated, nor any awareness campaign launched in schools.

“Efforts are also needed to streamline the ban across the country, including in provinces like Sindh, [and the Gilgit-Baltistan region], that already have the required laws to ban this practice,” it added.

Salient features of the bill

The bill that now prohibits violence against children has defined what constitutes as a minor. Everyone under the age of 18 will be included in the definition of children, it states.

Violence against children in all educational institutions and workplaces will be prohibited, the bill states.

According to the bill, corporal punishment refers to punishment that involves the use of physical force. It also details the forms of violence used against children that will be considered illegal henceforth.

Injury of any kind will be considered corporal punishment, says the bill. Slapping children, whipping them, beating them with sticks, shoes, wood or spoons is violence, according to the bill.

Shaking them, biting them, grabbing them by the hair, or pulling their ears is violence, the bill adds.

Keeping children in painful situations is torture, as is pouring boiling water on them.

Child abuse, humiliation, defamation, intimidation and terrorising of children are all punishable, says the bill.

It has also defined what constitutes an educational institute and what can be considered a workplace.

An educational institute is a place which provides any traditional or non-traditional education. A workplace refers to a compound or room where an organisation or employer works, the bill states.

The child has the right to have his or her personality and individuality respected, the bill has underscored.

Violence against children will lead to demotion, suspension, dismissal, or forced retirement, it warns.

The perpetrator of child abuse will not be eligible for a job in the future, according to the bill.