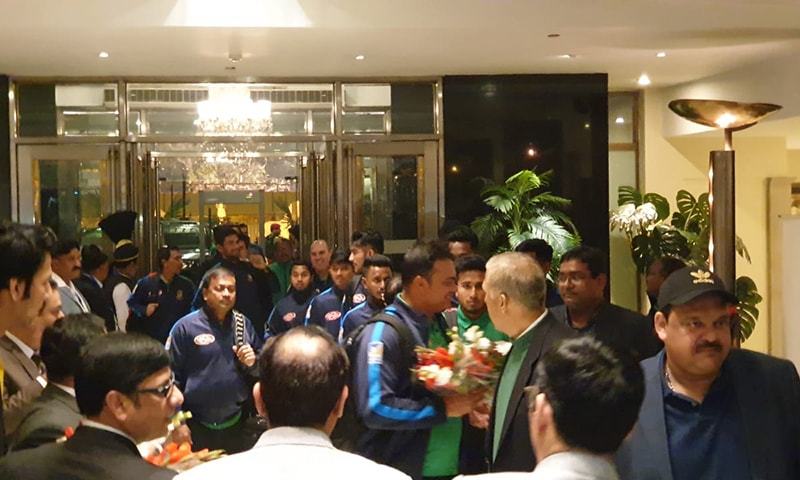 LAHORE: Led by all-rounder Mahmudullah, the Bangladesh cricket team arrived in Lahore in a chartered flight late on Wednesday to play a three-match T20 series at the Gaddafi Stadium, in the first phase of their tour.

The matches will be played on Friday, Saturday and Monday, starting at 2pm.

Under strict security measures, the visiting team reached the hotel from the airport. At the airport, it was welcomed by PCB officials. The visiting team will hold a practice session at the Gaddafi Stadium on Thursday (today) before addressing a press conference.

In the second phase of the tour, the team will return to Pakistan to play first Test in Rawalpindi from Feb 7 to 12. In the last phase, it will come again and land in Karachi on April 1 to play one-off One-Day International on April 3 and the second Test from April 5.

Meanwhile, the Punjab government reviewed the security plan and other arrangements for the Bangladesh cricket team’s Lahore visit for the T20 series beginning Friday.

Punjab Law Minister Basharat Raja chaired a meeting of the cabinet committee for law and order at Gaddafi Stadium and directed all agencies concerned to provide foolproof security to the visiting cricket team.

The Punjab Safe City Authority also said that cameras installed for security during the cricket series have been activated and would function 24/7.

There has been an increase in the number of prisoners abroad since 2014, especially in …