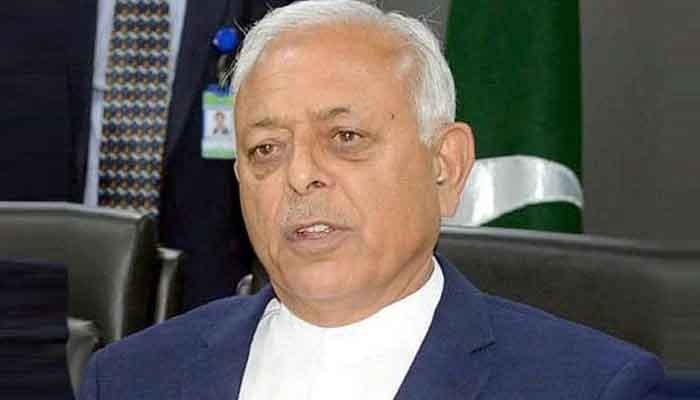 KARACHI: Aviation Minister Ghulam Sarwar Khan on Saturday promised to conduct an impartial inquiry into the Karachi PIA plane crash and said that previous investigations will also be made public.

He was addressing a press conference in Karachi along with PIA chief Arshad Malik to provide an update on the actions taken by the authorities for the rescue and rehabilitation of the affectees and investigations carried out so far.

Ghulam Sarwar said that an impartial inquiry will be conducted into the incident and whoever is found responsible will be punished. “As an elected public representative I promise you a transparent probe and that action will be taken.”

“The government will make this investigation public as well as all the previous investigations of aviation disasters,” the minister said.

Referring to recent air crashes in Chitral and Gilgit, Sarwar said the delay in probe of these incidents is akin to “justice delayed is justice denied”. “It is an institutional weakness if the investigation reports are not finalised and not made public.”

The inquiry board has started its work, he said, adding, “team of experts from Airbus, Germany and France will also join the probe.”

“We will try to complete it [probe] within three months,” said the aviation minister.

Khan said if the inquiry proves dereliction of duty by the PIA chief executive and himself, then they will resign and submit themselves for accountability.

He said that currently, the priority is to hand over bodies of the victims to the families.

The minister said the pilot did not inform the control tower about a crash landing.

The Civil Aviation Authority (CAA) will also be issued notices on their negligence, if found, he added.

He said that the pilot tried his level best to limit the damage at the time of the unfortunate incident.

Khan said that the government will bear the cost of repair for the damaged houses, adding that the damage to vehicles will also be ascertained.

He said that the wounded will be given Rs500,000 in compensation, and if there is any other recommendation, it can be forwarded to the inquiry committee.

The authorities have been directed to conduct a survey to calculate the damages caused to the local population. “The government will help the affectees to the best of our capabilities.”

He said that Rs1 million will be paid to the families of all those who lost their lives in the tragic incident — an amount which is exclusive of insurance.

The minister said 1,500 acres land of the Civil Aviation Authority is encroached upon in Karachi. “These mistakes were committed by the previous regimes which we try to correct.

“Highrises are banned near the airports,” the minister said. “Action will be taken if illegal constructions are found within airport premises.”

He said the government will approach the chief justice on the land encroachment issue.

The flight data recorder and cockpit voice recorder of Pakistan International Airlines (PIA) Airbus 320 jetliner have been recovered from the crash site, a spokesperson of the airline said today.

“The black box had been found late yesterday, we are handing it over to the inquiry board,” PIA spokesman Abdullah Khan said, clarifying that both the flight data recorder and cockpit voice recorder were found.

A PIA Airbus jet with 99 people aboard crashed into a crowded residential district of the city of Karachi on Friday afternoon after twice trying to land at the airport.

Shortly after the incident, Prime Minister Imran Khan vowed to institute an inquiry immediately. An investigation team under Air Commodore Usman Ghani has been constituted and which will “furnish its report” to the Aviation Division “within the shortest possible time”, according to a notification issued by the division.

“A preliminary statement will be issued within one month,” added the notification.