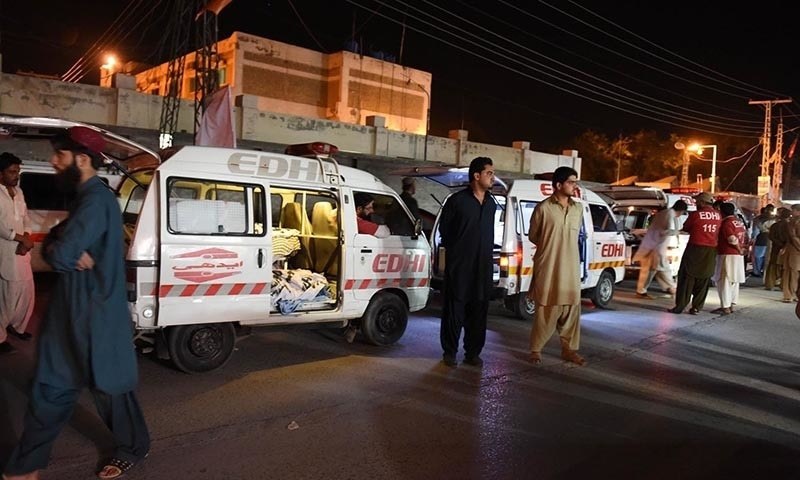 Four persons, including an elderly woman died, while 15 others became unconscious after inhaling toxic gas in Keamari area on Sunday night, said police.

South Zone DIG Sharjeel Kharal said that a total of 19 persons, all of whom were residents of Jackson market and adjoining areas of Keamari, lost consciousness. They were rushed to a nearby private hospital in Clifton, where four of the victims died during treatment.

The officer said that the remaining 15 persons were being treated at the facility, all of whom had regained consciousness and their health was improving.

With regards to the possible cause of the incident, the DIG said that initial investigation suggested that a ship had arrived at the port, which was located near Jackson market. The ship was reportedly carrying vegetables and when the container was opened, fumes emanated from it, which caused breathing problems for residents of the area.

The DIG added that police were further investigating the incident.

DIG Kharal said that he had also spoken to Karachi Commissioner Iftikhar Shallwani, who has approached the Karachi Port Trust and Pakistan Navy authorities.

A team comprising officials of KPT, Pakistan Navy, West Deputy Commissioner’s office, health department and local police were being sent to the affected area, he added.