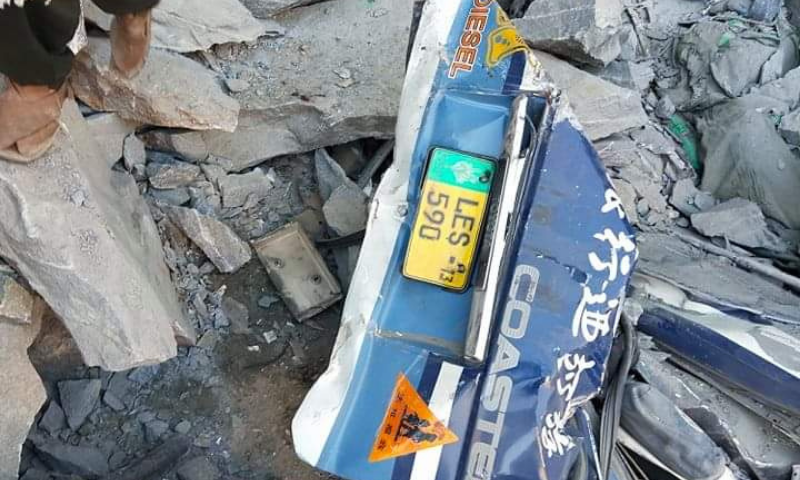 Sixteen people were killed after a bus was crushed by landsliding on Skardu Road in Gilgit-Baltistan, Rondu Sub-divisional Police Officer (SDPO) Mohammad Hassan said on Sunday.

Rondu Assistant Commissioner Miraj Alam said that 18 people were travelling in the bus coming from Rawalpindi, two of whom were dropped off at their stations. The bus was hit by a landslide in Tangos area on the Jaglot-Skardu Road late Saturday, burying all passengers under the debris. Rescue work began in the morning, he added.

Alam said that Rescue 1122 and Frontier Works Organisation (FWO) took part in the relief work. Later, in a statement, SDPO Hassan said that the rescue work has been completed. “Sixteen bodies have been recovered from the debris of the bus. Six of them have been identified, including the driver and conductor,” he said.

He said that all the bodies were being transferred to the district hospital. “Rescue work has been completed,” he further said, adding that the road was being cleared now.

In August, the Karakoram Highway was blocked due to landslides, suspending the vehicular traffic between Khyber Pakhtunkhwa and Gilgit-Baltistan. It was later cleared by the Upper Kohistan district administration with the support of the Frontier Works Organisation.