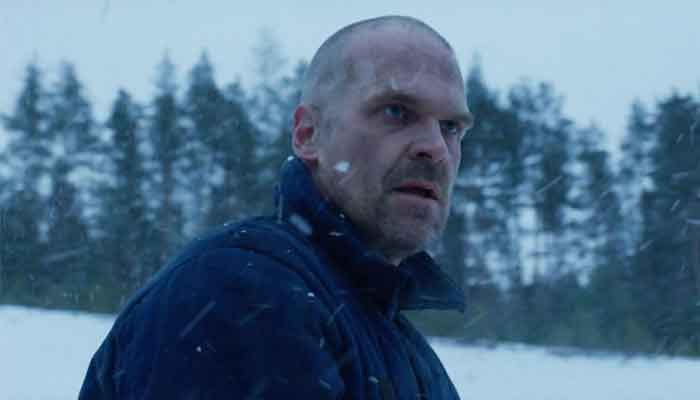 Jim Hopper (played by David Harbour) is all set to return for Stranger Things season 4.

The teaser for season for left the fans excited who were left disappointed to see Harbour’s character meeting his end in an underground Russian facility in season 3.

“We don’t know yet, we don’t know,” the actor was quoted by multiple media outlets as saying during German Comic Con Dortmund.

Fans’ hopes faded when a purported cast list started doing the rounds on social media , with no hints about the return of David Harbour’s character.

At the end of season 3 in a post-credits sequence, Russian operatives at a snowy Russian are heard talking about an “American” being held in their custody.

The new teaser for season 4 has now confirmed that the prisoner is no other than Hopper.

“For the faithful, Happy Valentine’s Day,” Harbour commented on the reveal over Instagram.