Shailene Woodley, Aaron Rodgers spill the beans on what they fight about 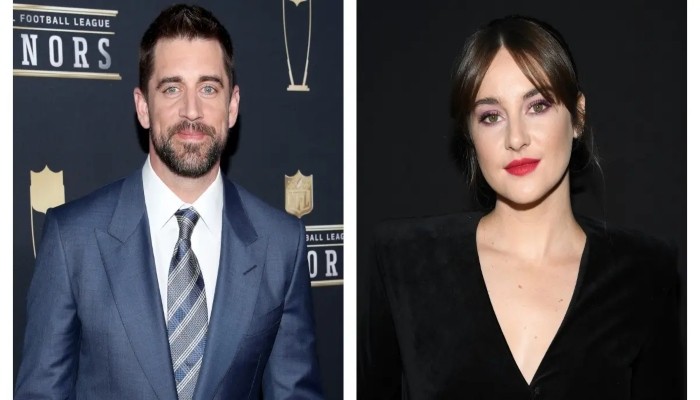 Shailene Woodley and Aaron Rodgers make a beautiful couple. Ever since they got engaged they have been gushing about each other.

In a recent chat on social media, the MVP quarterback and the actress revealed some information about their life to the fans.

During their live session, the couple’s dog came in. Aaron tried to shoo the dog away, which prompted Shailene to ask the viewers a question.

“Who else gets in fights with their partners about how much they get to cuddle with their dog? Is it just us?” the actress said while laughing.

Earlier, Aaron talked about how getting engaged to Shailene has been as an experience for him.

“I’m recently engaged, so been enjoying that part of my life,” Aaron shared during an Instagram Live conversation with Zenith Watches CEO Julien Tornare.

“Obviously that’s the best thing that’s happened to me in the last year,” he continued.

Source Link: Shailene Woodley, Aaron Rodgers spill the beans on what they fight about