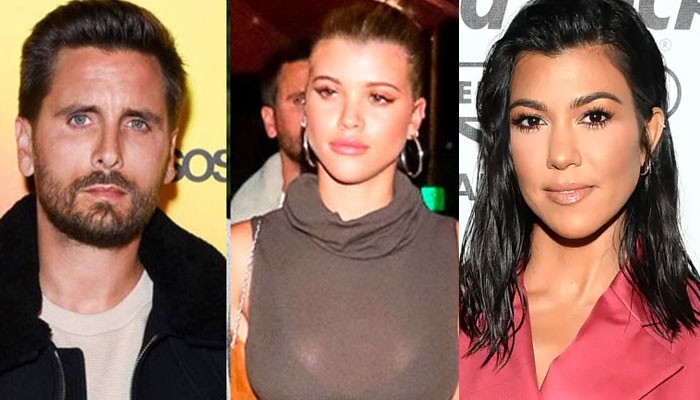 Scott Disick is said to have maintained a good relationship with his ex-wife Kourtney Kardashian, and they have been seen together at several occasion as they co-parent their children.

Scott has reportedly been ‘flirting’ with the mother of his children, 41 after recently calling it quits on his three-year relationship with Sofia Richie, 21.

According to an insider speaking to Us Weekly, Scott is ‘always flirting’ with Kourtney when they are together and they share a close bond.

While Kourtney doesn’t have any plans to rekindle her romance with Scott. The two remain ‘best friend’, which became clear after their recent vacation in Utah with their three kids: Mason 10, Penelope, 7, and Reign, 5.

Scott is said to have maintained a good relationship with the mother of his children, 41, and they have been seen together at several occasion as they co-parent their children.

The 37-year-old reality star reportedly thinks his ex looks ‘better than ever’ and has always flirted with the television star.

Scott and Kourtney – who dated on and off between 2006 and 2015 – even recently jetted off on holiday to Utah with their kids just days before it was revealed that he had parted ways with Sofia.

Fans gushing over Disney+ release of ‘Hamilton’ amid pandemic