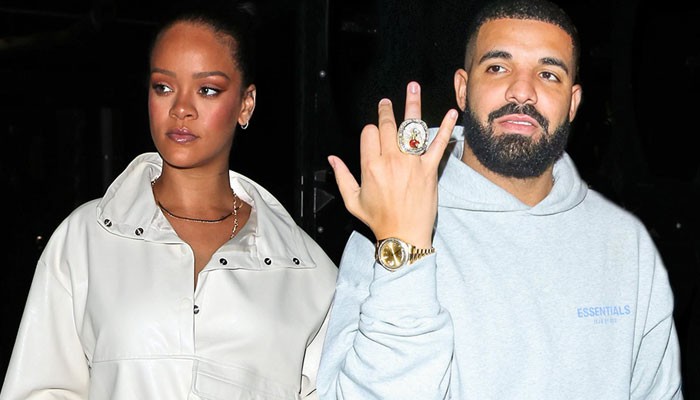 Music icons Rihanna and Drake have been spotted exchanging hilarious banter in the comments section of DJ Spade’s Instagram Live.

‘The Fenty Beauty’ creator teased Drake for being thirsty, while the rapper hit back at Rihanna for not releasing any new music yet.

Rihanna, who allegedly broke up with longtime boyfriend Hassan Jameel, recently rekindled her friendship with Drake. The exes were spotted hanging out at the Yams Day charity show at the Barclays Center in Brooklyn earlier this year.

Here are few of their words showing the playful interaction between the two music icons.

Drake addresses the Fenty Beauty founder by her first name, writing, “Robyn you can’t buy him A one hot spot.” He later adds, “DUB PLATE COME PRETTY LIKE A FENTY FOUNDATION.”

Rihanna fires back in humorous way: “Give drake some water.”

Drake takes the jab heartily, responding: “Hahahahhahahaha yo u have a bad attitude @badgalriri.”