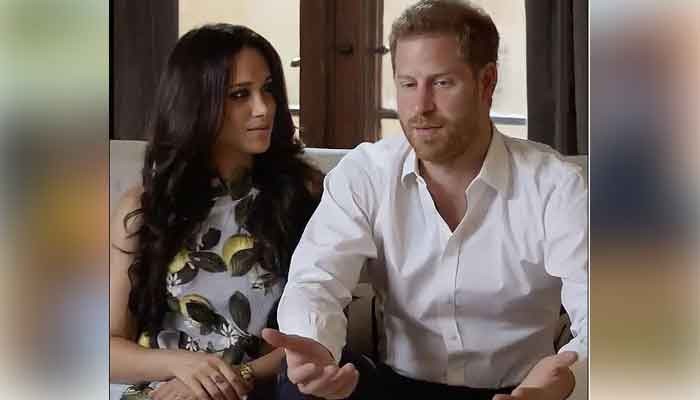 Prince Harry and Meghan Markle were all smiles as they made their first appearance after announcing second child.

Meghan, who put a stylish display during her appearance with Harry, revealed that they’re “using podcasting to drive powerful conversations”.

The Duke and Duchess of Sussex, who secured a deal with Spotify last year, recorded a brief video to plug their Archewell Audio podcast at the live stream event.

The Duchess added: “We created Archwell audio to make sure we can elevate voices that maybe aren’t being heard and hear people’s stories.”

The Duke also shared his thoughts about the move, saying : “And the biggest part of this is trying to create this community of where you can share, that will encourage everybody else to then share their own vulnerabilities in that safe space.”

Harry and Meghan’s surprise appearance comes amid news that their upcoming interview with Oprah Winfrey may have to be re-edited or even partially re-shot due to the rift it has caused with the royal family.

Harry and Meghan are still front-page news in the U.K. after Buckingham Palace announced Friday that the couple “confirmed” they wouldn’t be returning to their roles as working members of the royal family.

Amber Heard fired from Aquaman 2 after falling a physical examination for her role?

Reality star Kim Kardashian West, according to a report, will open up on  her marriage …