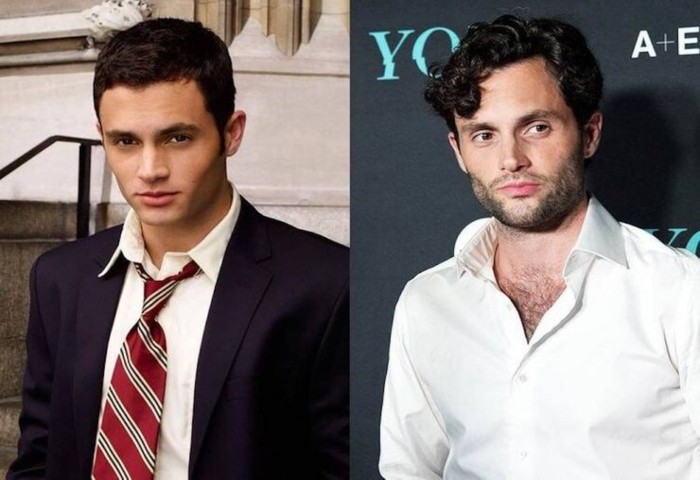 Former Gossip Girls co-stars Penn Badgley and Chace Crawford came forth revealing they don’t like watching their own show.

The actors reunited via video chat for Variety’s Actors on Actors and said that they have not rewatched the series and do not even intend to.

“I know that I watched with my wife, with Domino [Kirke], before we got married,” Badgley said. “It must’ve been six months after we met. She had never seen it, and that’s the last time I can remember seeing an episode. I remember even then, it has nothing to do with the show, but it was very hard to watch. These snapshots of yourself when you’re 20, 21, 22 years old. Who can enjoy that? Sometimes it’s just uncomfortable.”

To this, Crawford agreed, joking, “Buddy, you have to strap me to a gurney and pop my eyes open like Clockwork Orange,” about rewatching, though he admitted, “It would be interesting to see the first couple maybe.”

“I don’t like really watching myself that much in general,” he added. “So to go back and open that time capsule, I think there would be some nostalgic value.”

Badgley then weighed in on the obsession with the CW series, which began in 2007.

“People wanted to watch a show like Gossip Girl because it was aspirational. It was like an escape. It seemed like it struck a certain cultural chord because it was this aspirational fantastical vision of excess and wealth,” he said, explaining that things are vastly different today.

The actor added that he thinks that his character, Joe Goldberg, in Netflix series You is very much like his Gossip Girl character, Dan. “The funny thing is I didn’t get excited to be like, ‘Oh, this is such a different and interesting take on a similar vibe,’” he said of signing on for the series. “I was, if anything, too self conscious about that, and I was inclined to be like, ‘I know it seems quite different, but in a way it’s almost like Dan, just with bloody hands.’”