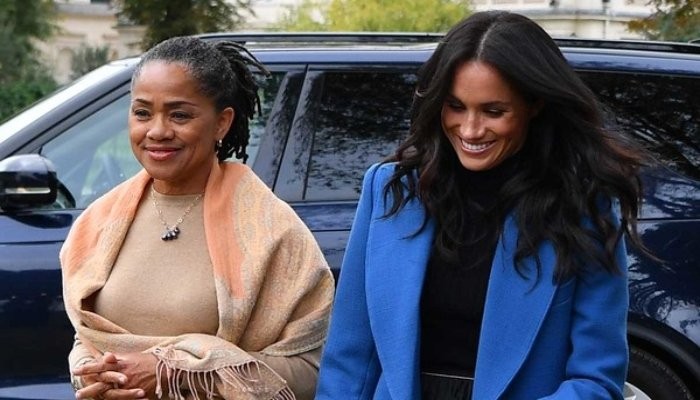 Meghan Markle’s mother Doria Ragland was relieved after her daughter and son-in-law Prince Harry stepped down as senior members of the British royal family.

According to reports, Ragland was “delighted” after the Duke and Duchess of Sussex announced their decision to quit the royal fold.

An insider explained, per Express, that the former actor’s mother had been quite concerned about her daughter’s well-being while she was a working royal.

The source explained that she was “really worried about Meghan” and was “relieved her daughter is putting her mental health and wellbeing first.”

This comes after news broke out about the 12-month Megxit review reportedly getting scrapped, as suggested by royal expert Katie Nicholl.

“My understanding from the Sussex camp is that there has been communication with the Queen, Prince Charles and with Prince William as well. The general feeling is that this is working,” she said.

“’This isn’t to say that people are not watching closely what these deals are, what the couple are doing and what these projects are going to be. But there is not this need to have this review one year on,” she added.