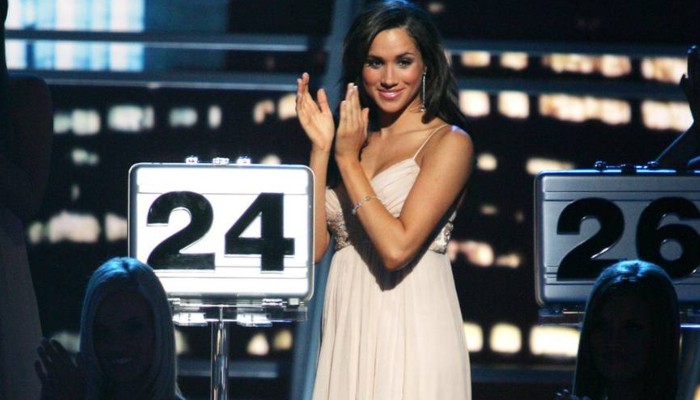 Meghan Markle has become one of the most influential female public figures in the recent past, and now, new details about her initial acting days are coming to surface.

One of Meghan’s former model friends from her time as a Deal or No Deal briefcase model, just came forth to spill some exclusive details on what the Duchess of Sussex had been like when she was starting her acting career.

“I remember her being very focused on her acting career and her role as a briefcase beauty, as we were called, was just a stepping stone in her career. She only did a few seasons and then landed her role in Suits which took her away. I was so happy for her when I heard about the marriage,” she said.

Prior to her life-altering royal wedding with Prince Harry in 2018, Meghan had worked on the sets of the game show from 2006 to 2007, after which she went on to bag a role in Suits.

Speaking about her time spent on Deal or No Deal in 2013, Markle had told Esquire: “I would put that in the category of things I was doing while I was auditioning to try to make ends meet.”

“I went from working in the U.S. Embassy in Argentina to ending up on Deal. It’s run the gamut. Definitely working on Deal or No Deal was a learning experience, and it helped me to understand what I would rather be doing. So if that’s a way for me to gloss over that subject, then I will happily shift gears into something else,” she added.

Trailer for Tom Holland’s ‘Devil All the Time’ released