Meghan Markle shows how much she loves Princess Diana 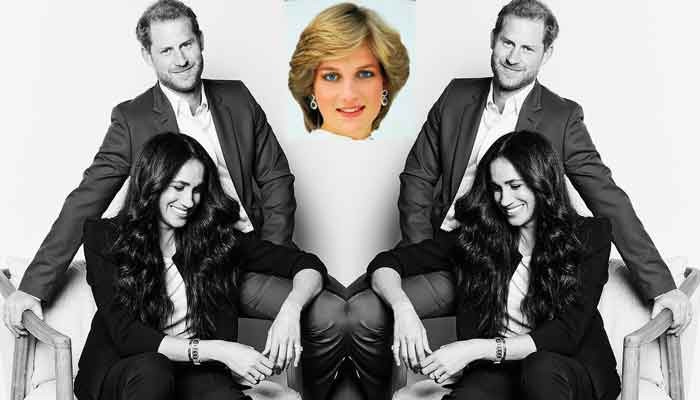 Meghan Markle, who is often seen following in Prince Harry’s mother’s footsteps, has showed her love for Princess Diana through her way of fashion.

Meghan Markle once again has proved her love for Diana as she has been spotted wearing the expensive ring of the late Princess in a new official photograph with Prince Harry where she also sported her late mother-in-law’s Cartier watch.

The royal fans believe she may have been wearing another jewel from Diana’s collection – which Meghan first debuted on her wedding day in 2018.

The former star, in new photos, donned her a stunning outfit with her jewellery included her £271,000 engagement ring.

In his previous interview, Prince Harry said that Markle and Princess Diana would be “best friends,” if his mother were still alive.

It was also reported by many media outlets that the Duchess of Sussex and the late princess have a number of things in common, from a love of fashion to a dedication to humanitarian work.

When asked what his mother would have thought of Markle, Prince Harry told the BBC that he thought she would have been ‘best friends with Meghan.’

‘Oh, they’d be thick as thieves, without question,’ Harry continued. ‘I think she would be over the moon, jumping up and down, you know so excited for me.’

Taking a closer look at the pair, it’s clear why the prince believes they would be best friends. And, since the engagement, Markle has been paying homage to her late mother-in-law.

A new official photograph of the Duke and Duchess of Sussex was released Friday to mark the news they will host an episode of TIME100 Talks on Tuesday.

Fans now believe the royal is also wearing Diana’s Aquamarine ring, which was commissioned by the Princess of Wales and made by Aspreys in early 1990s.

Share
Previous ‘Children shouldn’t get involved in elders’ fights,’ Maryam quips at PM Imran at PDM’s power show in Karachi – Pakistan
Next ‘In elders’ fight, no room for children’