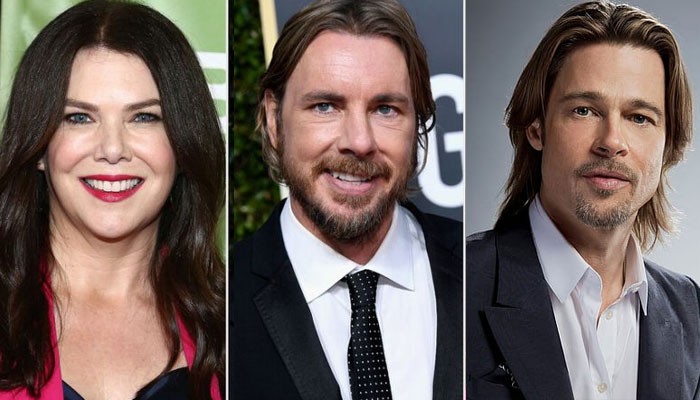 Lauren Graham, on a TV show, reminisced an interesting memory of her life that how she accidentally got her neighbour Dax Shepard confused with Hollywood star Brad Pitt.

Lauren, during her appearance on The Ellen DeGeneres Show, admitted that she once mixed up Dax Shepard, her former costar and current neighbour, for Brad Pitt.

The 52-year-old actress said: “He was coming up the street in a car and I was driving down the street. And he waved at me and I went, that’s Brad Pitt!”

She continued, “For whatever reason, I thought it was Brad Pitt,” adding that when he rolled down the window she said: “I thought you were Brad Pitt,” and he said, “I love you forever.”

The actress noted the incident was the moment she knew the duo would “be friends until we die.” She also detailed what it’s like to be neighbors with the 45-year-old CHiPs star, who shares daughters Lincoln, 6, and Delta, 5, with wife Kristen Bell.

According to Graham, she often sees Shepard, 45, out and about “doing his own handyman work.”

Graham and Shepard starred on Parenthood, which ran for six seasons from 2010 to 2015, as two of four of the Braverman siblings along with Krause, 54, and Erika Christensen.