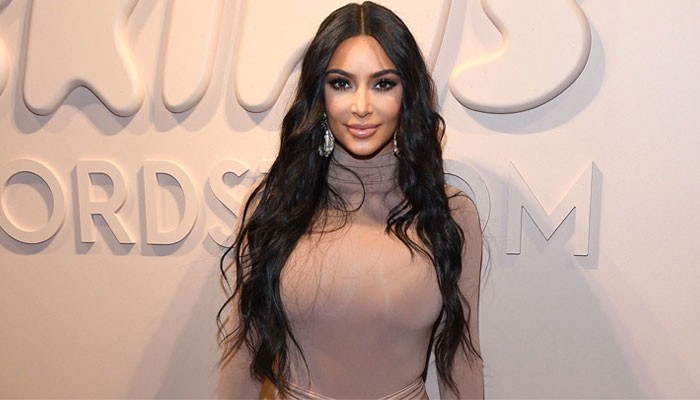 Kim Kardashian has set the bar high for an ideal playroom, as her kids North, Saint, Chicago and Psalm, have every kid’s dream playroom.

Previously, when Kim Kardashian unveiled her minimalist mansion, it led to a flood comments from netizens claiming that ‘her house is not for kids’. The businesswomen has now set the record straight as she gave everyone a tour of her kids’ extravagant playroom.

The reality star’s clap back left everyone baffled after her Instagram handle showed off the large room her kids play in.

In a series of stories, Kim gave fans an elaborate tour of the playroom. She started off the video by saying, “You guys always say my house is so minimal — well, you guys haven’t seen my playroom.”

The first stop of the tour was the concert stage which is reportedly their father’s part of the room. The concert stage included musical instruments, karaoke microphones and some fluffy chairs for the little artists. A projector is also set upon the stage for the kids to watch movies while playing.

Little Chicago has a whole specific part of the room to herself. The part of the room features a washer and dryer set, ice-cream parlor and a mini supermarket which even has an actual cash register. Chicago owns a variety of dolls, playhouses and baby carriages as well.

The vibrant room also has a number of toy horses, an art easel for painting, slide with a ball pit, legos, a shelf of teddy bears and dinosaurs, which belongs to Saint as noted by Kim.

In another area, different crafts like playdough, color pens, stamps, crayons and a whole section of fancy costumes, tiaras and shoes were also assembled neatly in a walk-in closet. “This is just all head pieces and crowns. This is Moana’s Hawaiian section, a furry animal section… princess shoes. It’s a pretty organized area,” the 39-year-old model explained.

Kim’s lavish mansion was put under the scan for being monochrome and having no vibrant colors. She bashed the trolls saying, “so there you have it, people, there’s color.” Kim concluded the tour saying, “So, this is where my kids have fun.”

Share
Previous Azaan Sami Khan’s children are what define and inspire him
Next Sangakkara, wounded in 2009, makes poignant return to Pakistan attack scene