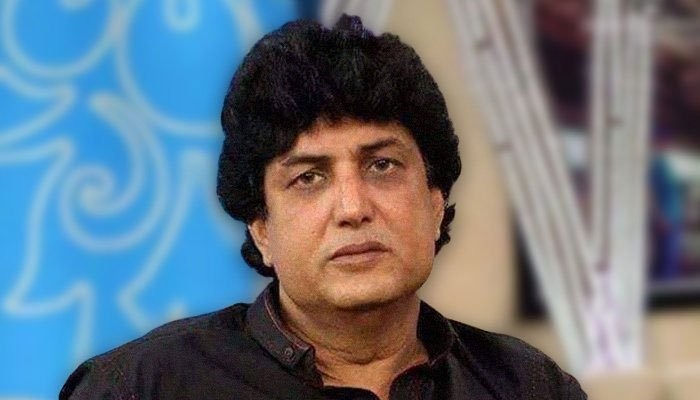 Pakistan’s infamous writer Khalil-ur-Rehman Qamar is ensnared in yet another controversy after he lashed out at a female journalist during a panel discussion.

The writer, notoriously known for his misogynistic rants and for disrespecting any woman who dares disagree with him, walked out of a talk show while spewing sexist slurs at a female panelist, Ailia Zehra.

The journalist had shared the clip on her social media and narrated her ‘horrible’ experience of sharing the panel with Qamar.

“Just had a horrible encounter with toxic masculinity. Khalilur Rehman Qamar lost his marbles during a talk show when I called him out over his hateful rhetoric. He left the show while yelling at the top of his lungs. Called me a RAW agent and spewed sexist slurs,” she wrote on Twitter.

Qamar had riled up the country last year as well when he verbally abused activist Marvi Sirmed during a televised discussion about Aurat March.

Source Link: Khalil-ur-Rehman Qamar lashes out at a female journalist yet again

Amber Heard fired from Aquaman 2 after falling a physical examination for her role?

Reality star Kim Kardashian West, according to a report, will open up on  her marriage …