Katie Price living in squalid conditions with decaying food, animal waste all over her mansion | Entertainment 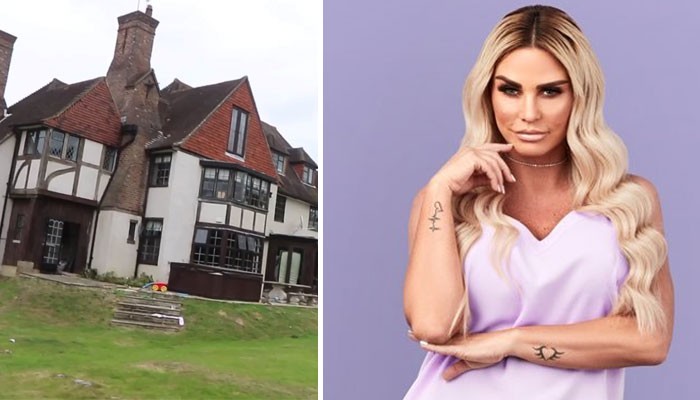 Katie Price, famed media personality, has left us with our eyes popping out of the sockets, and this time too, not for the best of reasons.

The 41-year-old model and singer left the world taken aback after photos from inside her mansion showed that the business mogul instead of a life of luxury had been living in absolute filth all over her property.

Speaking to The Sun, Charlie Farthing, Katie’s former caretaker, lifted the veil off the squalid conditions she had been living in with decaying food, animal waste and ‘drug wraps’ all over her filthy mansion that also had an unendurable stench hovering all around it.

“The house was a state, the kitchen area [especially] we were always cleaning, piles of plates with Chinese mess all over it. Rubbish everywhere,” he said.

“It smells [of cat wee and old food] as Hagrid would wee everywhere – on the sofa, on the carpet, in the fireplace. We would go around with air freshener and clean up. Mop the floors all the time. We spent half the time cleaning up,” he added.

The Loose Women star who once had a net worth of around £40million had bought the property back in 2014 from former Tory minister Francis Maude.

Last year, however, the author was declared bankrupt by the High Court while she also admitted to ‘self-medicating’ on drugs.

Farthing revealed further that the star would come back home following nights out with “bundles on money” in her hand after getting paid.

“I didn’t see her drink that much in the house, or take drugs, but when she came back from nights out she was clearly off her head, so I knew she was on something,” he said.

Moreover, he disclosed that he found “empty drug wraps” all over her bedroom floor and her mattress where she slept.

“Sometimes the kids would sleep with her, sometimes they’d sleep on her sofas. There was always electricity and water, but the heating didn’t work so the place was freezing,” he said.

“It was so cold as Harvey [her disabled 17-year-old son] smashed all the windows and they didn’t get repaired,” he added.

“I was tidying up the annexe and I was moving the bed about and there were a couple of little bags, empty wraps that looked like they used to have coke in them so I suspected she’d used them at some point,” he said further.

“She’d feed the kids McDonald’s and always got takeaways. I don’t know how she’s affording them. She’s always got money around. She accused me of taking four grand off her, but I ain’t touched her money,” he continued.