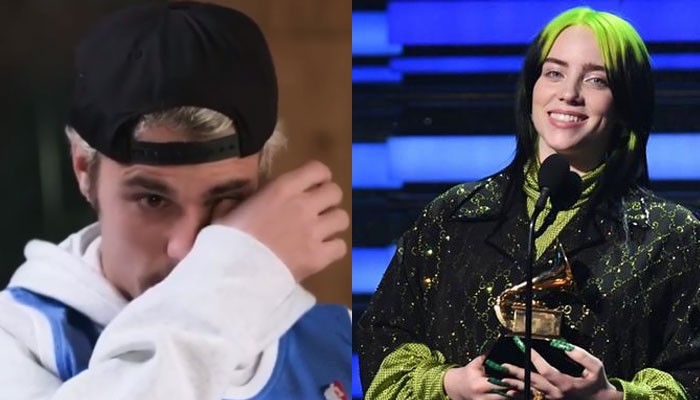 Justin Bieber, who is promoting his new album “Changes”,teared up while talking about songbird Billie Eilish during a radio show.

Billie Eilish’s superb week has come to an end in style with her musical hero emotionally offering her his support.

“If she ever needs me, I’m going to be here for her,” the Canadian singer said, recalling their first meeting at the Coachella festival.

Eilish saw the interview online and took to Instagram to urge her fans to “Stream changes”, while sharing the clip of Bieber talking to Lowe, alongside images of her wearing Bieber merchandise in her poster-covered bedroom.

The teenager, who performed at the Oscars on Sunday and released her new James Bond theme No Time to Die on Thursday, is all set to steal the show with her new track at the BRIT Awards next week.