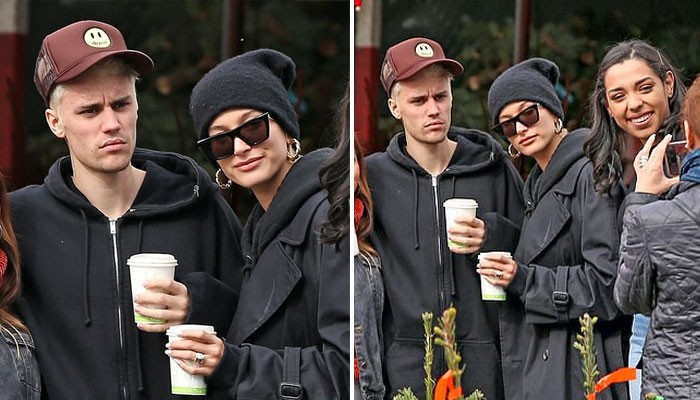 Justin Bieber and Hailey Baldwin attracted the public eye after they stepped out but left fans worried over the singer’s gloomy expression.

In the circulating photos of the two after Thanksgiving, the couple were spotted on Sunday prepping up for the next big holiday, Christmas.

The viral photos show the duo shopping for a Christmas tree to put in their home as they get into magical wintry spirit with the start of December.

While fans were in awe of the two getting their Christmas vibe on what they couldn’t help noticing was how cranky Justin looked on his outing with his ladylove who, on the contrary, appeared to be in a jovial mood.

The supermodel was a sight for eyes in a black hoodie worn beneath a black coat and a beanie on top. She finished the look with some killer black shades.

Justin on the other hand rocked a casual and warm look with an over-sized hoodie and a pair of trousers and a Drew cap.

In all the photos, the singer donned a gloomy expression making fans wonder what appears to be going wrong in his life.