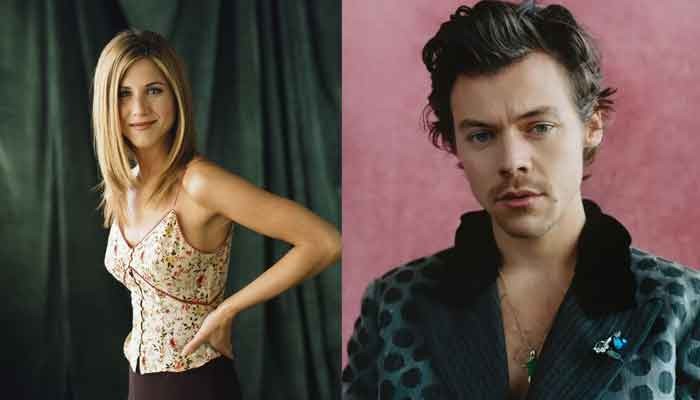 Former One Direction member captured the attention as he paid homage to Jennifer Aniston for her iconic character Rachel Greene in ‘Friends’, sporting the same t-shirt which she rocked in the hit sitcom.

Harry Styles stunned fans as he wore the same ‘Save the Drama for your mama’ t-shirt when he appeared with new haircut among his fans.

He knows the fun to entertain fans and friends with his appearance. The musician flaunted his new haircut when he appeared with fans recently.

Harry Styles was out an about getting coffee and running errands on Monday. His crazy fans couldn’t stop gushing about he didn’t have his curls anymore, it was his tee that caught others’ eye.

The Watermelon Sugar singer has been praised time and again for his stunning fashion sense and knows how to make a statement.

This time around, he sported a simple white tee with ‘Save the drama for your mama’ written in red. He also sported a face mask, for a laid-back look, as seen in the selfies shared by twitter user @sophieulin

The top he wore was an identical version of the one Jennifer Aniston which she wore on her iconic sitcom, ‘Friends’. Jen’s character Rachel Green sported the tee in the first episode of Season 10, titled, “The One After Joey and Rachel Kiss”!

BTS leave ARMY in splits with their past dating escapades