Breaking News
Home / Interesting / Gigi Hadid claps back at haters: ‘It’s called stepping out to do errands, not dressing for your approval’ | Entertainment

Gigi Hadid claps back at haters: ‘It’s called stepping out to do errands, not dressing for your approval’ | Entertainment 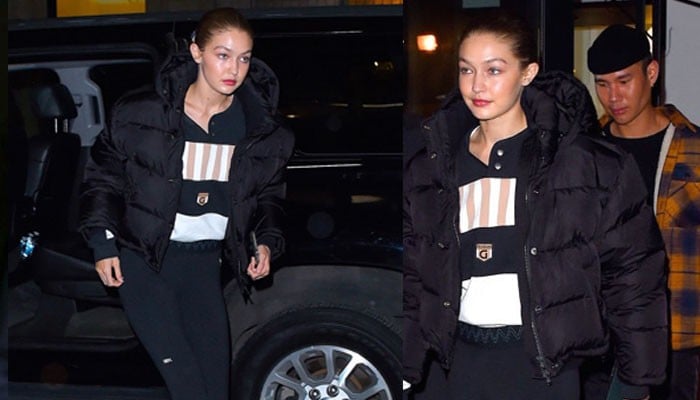 As the winter spell takes over New York, supermodel Gigi Hadid appears to be cozying up, getting into her comfort clothing. But it looks like her style has not been sitting well with the crowd lately.

After photos of the 24-year-old fashionista started making rounds online, netizens were quick to make sure she knew that the change in her dressing was not welcomed by her fans.

The supermodel, on the other hand, wasted no time in silencing all haters who dished out negative remarks regarding her current look.

She even snapped at the paparazzi for their views. The photographed star had no makeup on with hair pulled back into a pony tail and a black jacket over a shirt with black pants, paired with white joggers.

“U guys need to calm tf down sometimes. It’s called stepping out to do one errand- not dressing for your approval. Your unrealistic expectations & petty complaining all the time about my style or not being sexy enough isn’t going to make me dress differently,” she wrote on Twitter.

“Not just talking about this specific moment. U all talk about empowering women. I support and empower women that show skin and that don’t. It’s about choice. I show skin when I want to and still feel sexy covered head to toe & will continue to do so. Over the snarky comments,” she added.

Earlier social media users had expressed their displeasure as one wrote: “She’s such a natural beauty… idk what happened to her iconic street style tho.” This comment has since been deleted.

Source Link: Gigi Hadid claps back at haters: ‘It’s called stepping out to do errands, not dressing for your approval’ | Entertainment

Share
Previous Wahab praises Babar for performing well as captain
Next Despite opposition protest, govt manages to get 11 bills passed through NA – Pakistan