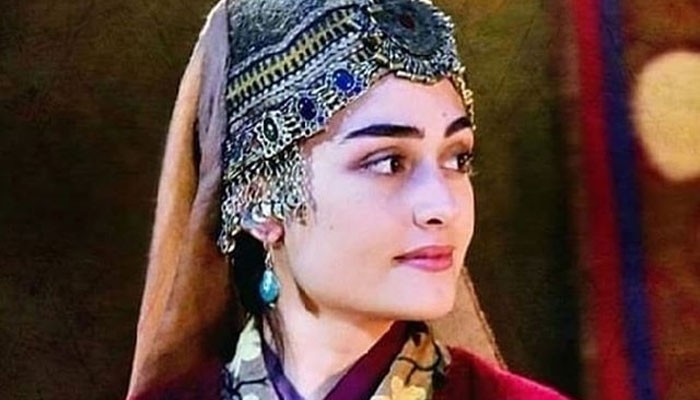 Turkish actress Esra Bilgic aka Halime Sultan once again received backlash from  Pakistani fans on her latest Instagram post for what they called it an ‘inappropriate’ outfit.

Esra Bilgic, who essays the lead role of Halime Sultan in Turkish historic drama series Dirilis: Ertugrul turned to Instagram to share her latest photos where she could be seen donning polka dot summer dress.

Shortly after she shared the photos, her Pakistani fans started criticizing the actress for wearing what they called an ‘inappropriate’ dress. They also urged Esra to delete her latest post.

One user said, “Now you are deliberately doing this.. we people give so much respect to you & Halime Sultan .. everyone in Pakistan feels good about Ertugrul.. but now you crossing line with such un-Islamic types of clothing. You look beautiful as Halime.. Masha Allah.. good Islamic dressing is the prettiest in a Woman.. so why you posting such bad dresses. Delete such posts @esbilgic .. it spoils mind of other Muslim women.”

Some fans also came in support of Halime Sultan.

One of her followers wrote, “You look beautiful and you should wear whatever, whenever you want! Ignore the haters. love from Pakistan.”

Another wrote, “1st of all she is Esra Bilgic not Halima sultan she only just play the character of hlima sultan.”

Previously, Esra had turned off comments on one of her posts after receiving criticism from Pakistani fans.