Ashley Tisdale announces the gender of her baby alongside Christopher French 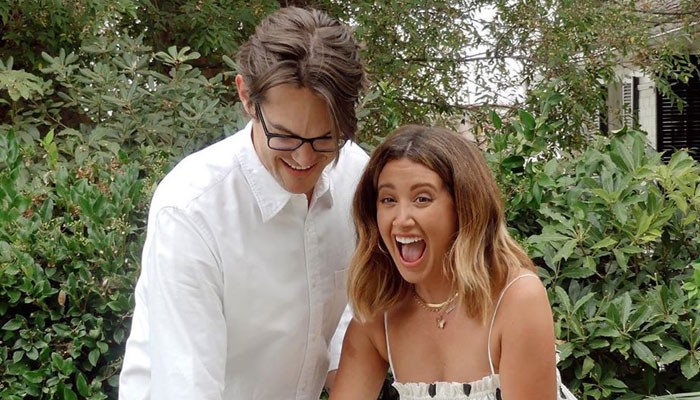 Ashley Tisdale and her husband Christopher French are as excited as ever over to announce the gender of their unborn child.

The duo had announced news of their pregnancy only one month prior, on September the 17th, and just recently fans received an even more monumental update regarding the health and gender of their child.

Ashley announced the news via a collection of pictures that showcased both her and her husband Christopher cutting open a white cake.

She captioned the post with the words, “This year has obviously been hard. For so many. Ups and downs, and an emotional roller coaster.”

Reminiscing upon that moment in time the actress went on to write, “I think this day was by far my favorite day EVER! I cried I was so happy.”

Before concluding, Tisdale also slid in a quick PSA announcement when she added, “P.S. For all you people going above and beyond for gender reveal parties. A cake with the color inside is JUST as rewarding as fireworks but SAFER! #SheSoFrench.”

Source Link: Ashley Tisdale announces the gender of her baby alongside Christopher French