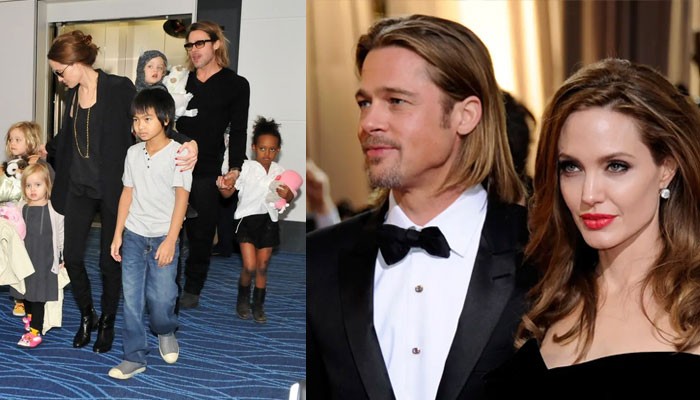 Mr & Mrs stars Angelina Jolie and Brad Pitt have been at the crossroads since their separation in 2016.

The Maleficent star reportedly seems to stand firmer this time against the actor as a new report claims that Jolie seeks full custody of Maddox, Pax, Zahara, Shiloh, Knox and Vivienne.

A week ago, a report made rounds on the internet that Angelina Jolie has banned Jennifer Aniston from meeting the Jolie-Pitt children. Now, it is being reported that the charming lady is seeking full custody of her children and attempting to destroy Brad Pitt.

It is learnt that Angelina feels Brad has been using their divorce, their children and his alcohol addiction to draw sympathy and support from the public.

The Eternals actress filed for divorce in 2016. The actress opted to split from the Once Upon A Time In Hollywood actor citing irreconcilable differences. Ever since the former flames have been fighting the custody battle. However, it seems like Angelina has had enough of it.

According to reports, the Lara Croft: Tomb Raider actress is allegedly out to destroy Brad. She has told her friends she seeks full custody of their kids, six children – Maddox, Pax, Zahara, Shiloh, Knox and Vivienne.

Jolie reportedly filed an emergency motion order and Brad and his attorneys are bracing for the worst. As soon as Brad heard about the motion, he raced out to Angelina’s home to discuss it .

The report comes after a source told New Idea that Angelina wants to leave LA and set up a new home with the children.