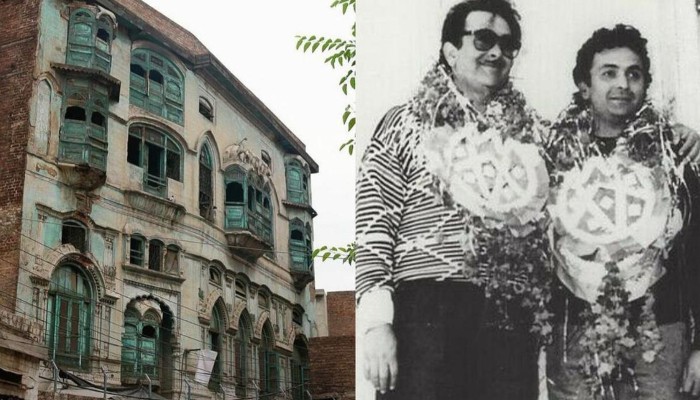 The historic residence of Bollywood’s royal Kapoor family in Peshawar is under a demolition threat with talk of a commercial complex being made in its place.

The ancestral abode of late showman Raj Kapoor is under threat of being razed as its current owner, a jeweler based in the city, plans to turn the site into a commercial complex worth millions.

While the provincial government wanted to purchase the property, Haji Muhammad Israr, the current owner has clung on to the possession in the hopes of making use of its prime location.

Earlier in 2018, the government of Pakistan had reached a decision of turning the building, known as the ‘Kapoor Haveli’ in Peshawar’s Qissa Khwani Bazar, into a museum upon a request by the late Bollywood legend Rishi Kapoor.

According to a report by Press Trust of India, there was talk of the Khyber Pakhtunkhwa government failing to acquire the building owing to price disputes with the owner who has denied the claims, saying he simply wished to demolish the structure.

Inhabitants of the area claim the architecture is in shambles as the ‘haveli’ has turned into a ghost building and is under threat of collapsing any time.

The building was constructed by Basheswarnath Kapoor, the grandfather of Hindi film industry forerunner Prithviraj Kapoor and father of Raj Kapoor.

Source Link: Ancestral home of Bollywood’s Kapoor clan on the brink of destruction