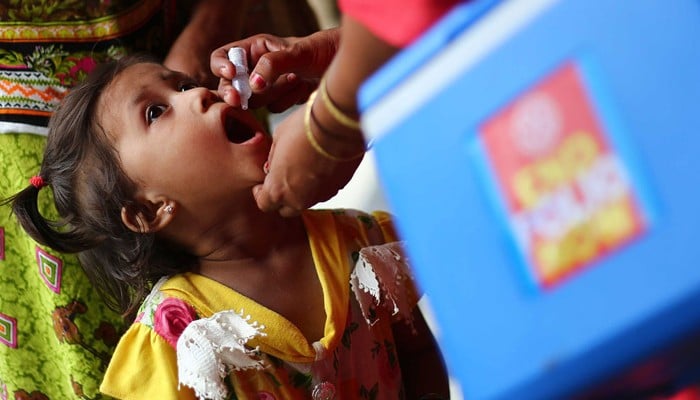 At least six more victims of the crippling polio virus, including four girls and two boys, have been identified in Khyber Pakhtunkhwa, the provincial health ministry said on Monday.

The victims belonged to districts Torghar and Lucky Marwat, the ministry said.

According to the KP health ministry, the total number of reported polio cases across the province reached 97 in 2019, with the majority recorded in district Lucky Marwat.

The number of polio cases were calculated based on samples taken up until December 2019. The tally of affected increased to 141 in 2019, the highest in recent years.

On the other hand, the ministry initiated a five-day polio eradication campaign in eight different districts of the province in an attempt to administer polio vaccines to more than 2.1 million children.

Polio vaccination to start in two districts of Karachi