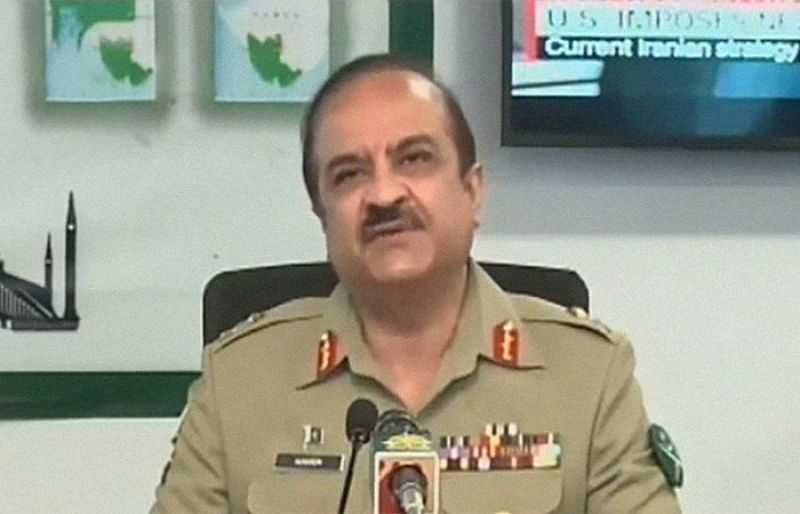 The Phase III clinical trial of a Chinese-developed coronavirus vaccine has commenced in Pakistan under the supervision of the National Institute of Health (NIH), with some 8,000-10,000 candidates participating, the study’s principal investigator, Maj Gen Aamer Ikram, announced on Tuesday.

Addressing a press conference alongside Special Assistant to the Prime Minister on Health Dr Faisal Sultan, Maj Gen Ikram — who also holds the executive director position at NIH — said “it is an honour for us that we have launched the first-ever Phase III clinical trial of the coronavirus vaccine”, formally called the Adenovirus Type 5 vector (Ad5-nCoV).

He noted that three of the nearly seven vaccines currently in their Phase III clinical trials were from China.

“CanSino Biologics Inc’s vaccine is based on recombinant technology, which has a [deactivated] adenovector,” he explained, referring to the mechanism of the vaccine developed by the Chinese biopharmaceutical company.

“The virus vector and cell culture have been procured from Canada. After that, it is made into a vaccine which, through recombinant technology, creates antibodies,” he explained.

The study’s principal investigator said the trial’s first clinical phases saw tests carried out on animals and a subsequent Phase 1 clinical trial, which reviewed the vaccine’s safety and efficacy on humans.

The initial clinical trials were “done in China at the start of the year and it [the vaccine] was [found to be] safe and immunogenic”. A Phase 1 clinical trial carried out in China “produced great results”, Maj Gen Ikram said.

Ikram explained that a Phase 2 trial — considered “a major trial” — was carried out on some 508 people and produced “greats results as well and was published in Lancet, which is considered to be one of the top medical journals”.

The technology employed in the development of Ad5-nCoV was similar to the one used in the AstraZeneca Oxford trial — AZD1222 — except that the latter used the adenovector of chimpanzees’ virus and the Chinese vaccine uses a human vector, he added.

It is important to note that the Oxford trials, however, are currently on a “temporary pause” due to “an unexplained illness” occurring in the study, the British multinational company AstraZeneca had announced earlier this month.

The officer assured that the trial in Pakistan was “totally quality assured”, however.

“The real thing is the Phase 3 trial, which is a large and quite difficult project,” he said.

“We’re extremely grateful for the patronage from the NCOC [National Command and Operations Centre] and the Ministry of Health, both of which have supported us in fulfilling the government’s requirements.

“[The Phase III clinical trial] has already commenced today and we have some 8,000-10,000 candidates and volunteers. There’s a formal system for everything. There will be a medical examination, then the vaccine, and then a follow-up which will be done after 12 months.

“But we’re expecting the vaccine results by four-to-six weeks and we will follow up with the candidates in the next three months and get to know the level to which antibodies were created and more about its [the vaccine’s] safety,”

The NIH executive director said follow-ups will be done for almost a year “to see how long antibodies persist and whether a second dose is required”.

However, previous published studies show that a single dose is sufficient and a second one is not recommended at the moment.

“We’ll finally get to know as much as possible in the Phase 3 trial — its final efficacy and whether it has been proven [as effective against the coronavirus].”

“The vaccine will then be made available to the market and — let me just tell you — this is a vaccine that, at present, in China, has already been approved for the Chinese army and police and is being administered to them.

“That means its safety is ensured,” Maj Gen Ikram stated.

“This is the kind of research that goes on around the world all the time. The time has come for Pakistan to benefit from this field — a billion-dollar industry — as much as possible!”

SAPM Dr Sultan, on the other hand, explained that Pakistan’s participation in “this scientific process [will help] our medical system improve and our capability for future trials, as well as participating in trials for and development of new vaccines for new diseases, will improve”.

“I believe this is a crucial moment and a public good initiative that offers a chance for everyone to benefit,” the special assistant added. “I wish to congratulate our team, which brought the trial to where it is today, our collaborating partners, and the Pakistani nation for being part of this important step!”