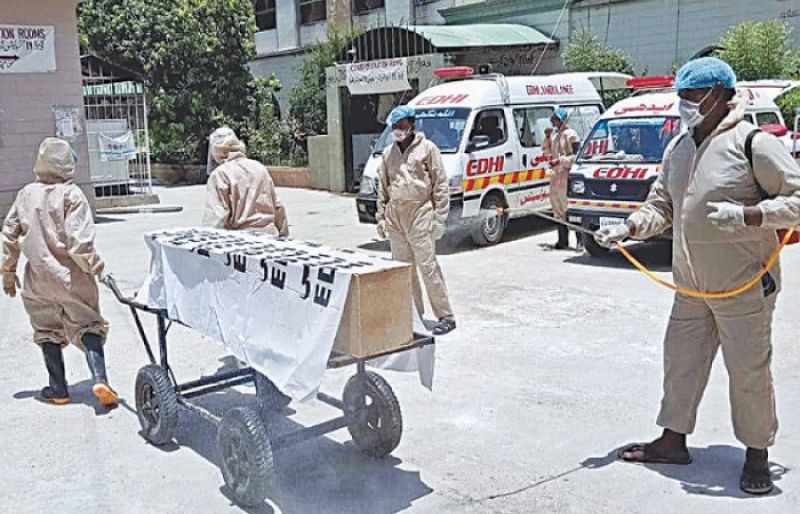 Pakistan reported new 2,145 coronavirus cases and 40 deaths over the past 24 hours.

According to the National Command and Operation Centre (NCOC) latest figures, 2,145 new cases were detected after 24,262 tests were conducted in last 24 hours.

73,751 coronavirus patients are undergoing treatment while 178,737 patients have recovered their health from the deadly virus. 16,52,183 tests have been conducted across the country so far.

The number of Coronavirus cases across the world has risen to over thirteen point four million while the pandemic has so far claimed more than 581,317 lives so far.

The United States is the worse hit, where cases have mounted over three point five million and death toll reached over 139,000.

In Brazil, over one point nine million cases and more than 74,000 deaths have been reported so far.

More than seven point eight million patients have recovered from the disease across the world.

UHS to conduct trials of Oxford University vaccine in Pakistan

According to varsity’s Vice-Chancellor Dr Javed Akram, it could take two months for the vaccine …