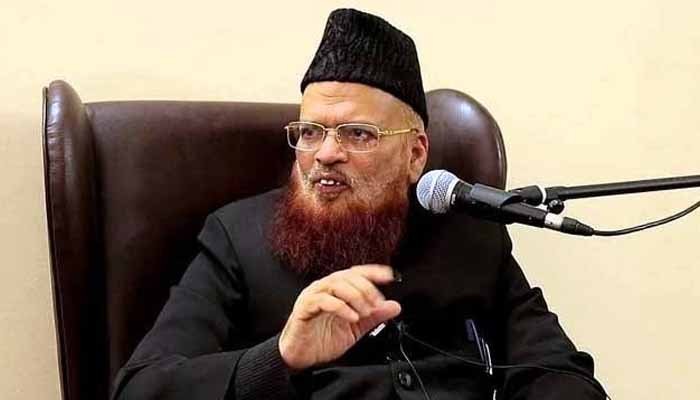 KARACHI: Renowned religious scholar Mufti Taqi Usmani on Friday urged people to respect the decision of the federal government to limit the number of people in congregational prayers at mosques around the country in the wake of the coronavirus outbreak.

In a message posted on social networking platform Twitter early on Friday morning, the religious scholar said that people should follow the directives of the government for Friday prayers and also try to follow them in their daily prayer routines.

“Where people pray, they must also pray to the Almighty to rid the world of the pandemic,” Mufti Usmani urged his fellow Muslims. The cleric further added that those not attending the Friday prayers should arrange to pray at their homes.

The federal government had on Thursday decided to ‘restrain’ Friday congregational prayers as new cases of the novel coronavirus continued to emerge across the country.

“It has been decided with a consensus that Friday prayers will be restrained,” said Federal Minister for Religious Affairs Dr Noor-ul-Haq Qadri during a news conference. “Only mosques’ administration staff and a limited number of worshippers will be allowed to pray inside mosques,” he added.

Also read: Doctor in KP protests shortage of masks by wearing a plastic bag over his head

He clarified that mosques will not be closed but prayers and zikr will continue inside them. Dr Qadri said that the decision had been taken in consultation with ulema belonging to various schools of thought.

“Ulema have been told to tell people to pray inside their homes,” he said. “It is not only the job of the government to control coronavirus but also of the people.” The minister said that various programmes, classes and examinations across various madressahs in Pakistan had been postponed in light of the outbreak.

The Sindh government on Thursday limited congregational prayers in mosques to five people, across the province from March 27, 2020 till April 5, 2020. The announcement was made by Sindh information minister Syed Nasir Hussain Shah. “Only three to five persons will be allowed to offer prayers in mosques,” he said.

He said that the provincial government had decided to impose a ban on congregational prayers after consulting ulemas belonging to every Islamic school of thought. “The decision was taken after consulting doctors and ulemas,” confirmed chief minister Sindh’s advisor, Murtaza Wahab.

He said that mosques will remain open across the province and only five people, including the staff of the mosque, will be able to pray together. Three to five persons will be able to offer Friday prayers in congregation inside the mosque.

Photo: File Pharmaceutical companies Sanofi and Regeneron have expanded a clinical trial of their rheumatoid …