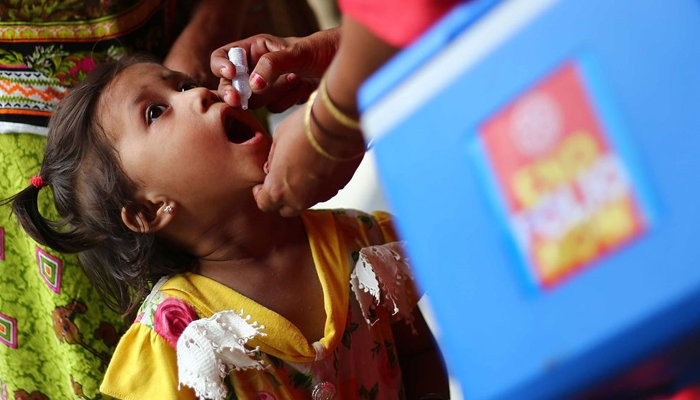 PESHAWAR: Khyber Pakhtunkhwa Chief Secretary Kazim Niaz on Friday said a complete eradication of the poliovirus was the priority of the government, reported The News.

The chief secretary made these remarks while inaugurating a five-day anti-polio drive at the Khyber Teaching Hospital (KTH).

The five-day anti-polio campaign will formally start from February 17 and aims immunise over 6.7 million KP children under the age of five years against the poliovirus.

In January, it was reported that the overall tally of reported polio cases across the country reached 134 in 2019, including 91 cases in KP, 24 cases in Sindh, eight in Punjab and 11 in Balochistan.

Terming polio eradication as a national cause and a collective responsibility, the chief secretary urged all segments of the society, donor agencies and government institutions, to make coordinated efforts to save the future generations from life-long disabilities.

As many as 28,049 teams of trained lady health workers have been deputed for the campaign, which includes 24,900 mobile, 1,849 fixed and 1,300 transit ones to ensure the vaccine reaches every child of the age group.

In his media talk after the inauguration, the chief secretary said public awareness was of vital importance for the success of the polio campaigns, adding the media was the most effective tool for creating awareness at the mass level.

He urged the media persons to play an effective role in educating the general public and dispelling the misconceptions about the polio vaccines.

Responding to a question, the chief secretary said though the last year was not so encouraging with regard to high number of polio cases, the provincial government was fully committed to eradicating the poliovirus from the province.

Some Natural Remedies for Glowing Skin

Coronavirus toll in China rises to 1,868 with 98 deaths on Tuesday | Health

BEIJING: The death toll from the new coronavirus outbreak rose again on Tuesday but Chinese …