Breaking News
Home / Fashion / Yasir Hussain, Iqra Aziz announce their wedding, which will be an intimate affair with friends and family in attendance. 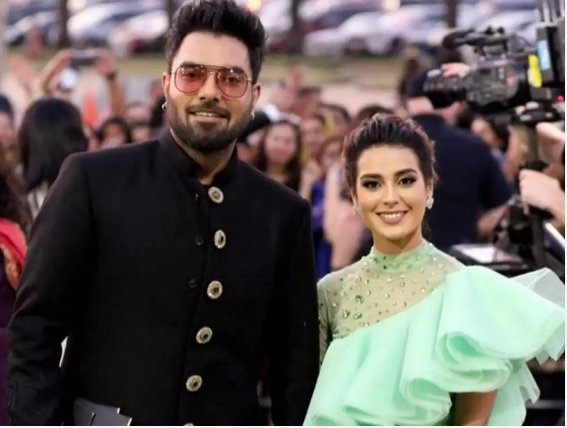 Actor Iqra Aziz and Yasir Hussain have finally announced their wedding date after much speculation on social media about the couple’s December wedding.

The wedding, which the couple has announced will happen on December 28, has kept fans pretty much excited since their engagement earlier this year. Yasir and Iqra tried to give a funny take to their wedding invite, where they took a witty take on Pakistan’s politics and the rising inflation.

Yasir had earlier told a local media that the wedding will be an intimate affair with only friends and family in attendance. He has also mentioned that all the events will be held in Karachi.

Soon after the couple announced their wedding date, many Pakistani celebrities including Saba Qamar, Minal Khan, Uzair Jaswal, Sami Khan and Anoushey Ashraf extended their best wishes to the couple in the comments of their Instagram post.

Yasir popped the question to his then rumoured long-time girlfriend Iqra at the 18th edition of the Lux Style Awards in July this year.

Source Link: Yasir Hussain, Iqra Aziz announce their wedding, which will be an intimate affair with friends and family in attendance.

Meray Paas Tum Ho has undoubtedly become the most popular TV serial of 2019, with the star-studded cast …