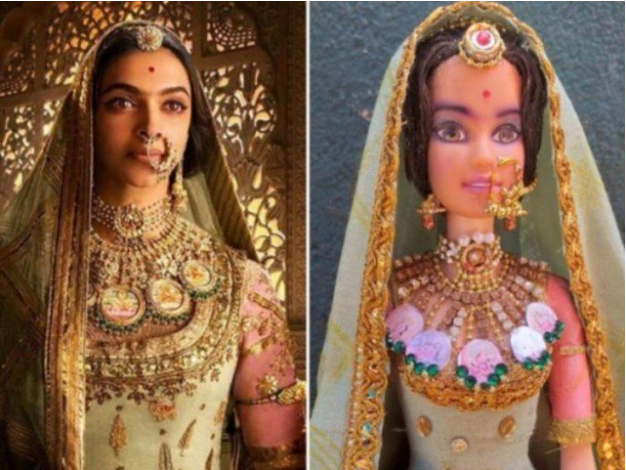 Sometimes, fans take us all by surprise by doing things none of us could have imagined. While it could be seen as being ‘out of the box’ and ‘creative’, the reactions can be divided.

Cue Deepika Padukone’s doll replica which has been popping up over social media as of late. The Bollywood star is the subject of the ‘doll miniature’ craze, which has taken no time to catch the attention of Twitter, reported PinkVilla.

Recently, the doll version of the Chhapaak star was inspired not by her iconic red carpet looks at Cannes Film Festival, but rather a replica of her dressed as the character Rani Padmaavati from Padmaavat.

Others were just surprised how ‘similar’ the doll looks to the star. “Can someone gift me this,” a Twitter user asked.

Others just wanted to know how husband Ranveer Singh, who she starred alongside with in Padmaavat, would react to a doll version of his wife.

Either ways, many fans agree that Deepika looks like a doll many a times and doesn’t need a miniature replica.

Mahira Khan should have stayed a VJ: Iman Ali

Mahira reveals her two travel essentials Talkhiyaan’ and a candle

Adnan Siddiqui plays flute and fans are loving it