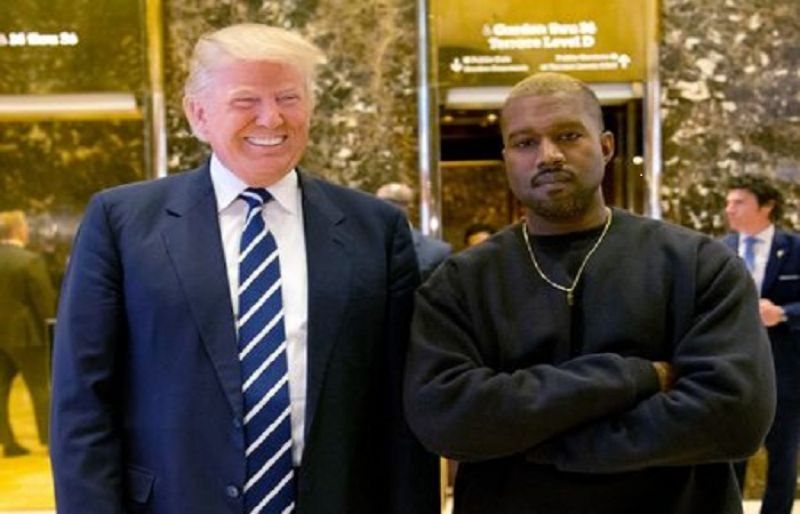 The president gave a word of advice to his supposed rival, saying the electoral race would be ‘interesting’ and would prove to be a good trial run for his ‘great friend.’

“It’d have to be limited to certain states because in some states the deadline has been missed,”

“If he did it, he would have to view this as a trial run for what’s going to happen in four years,”

West and Trump are known to be on cordial terms especially after the rapper visited the White House in October of 2018 with a ‘Make America Great Again’ hat atop his head.

Earlier, West sent shockwaves on July 4, when he announced that he will be running for president in the 2020 elections to be held on November 3.

“We must now realize the promise of America by trusting God, unifying our vision and building our future. I am running for president of the United States,” he tweeted.

While fans and his wife Kim Kardashian voiced their support for West, bigwigs such as Elon Musk too had endorsed the rapper.

“You have my full support!” said the Tesla CEO in response to West’s statement.

It was not immediately clear if West was serious about vying for the presidency four months before the Nov. 3 election or if he had filed any official paperwork to appear on state election ballots.

The deadline to add independent candidates to the ballot has not yet passed in many states.

Back in November last year, he had hinted at his political inclinations as he began his speech at Fast Company’s Innovation Festival, saying: “When I run for President in 2024,” leading to the crowd breaking into laughter.

Source Link: Kanye West and trump are known to be on cordial terms after he advice the White House

Marvel’s Avengers including Captain America, Iron Man, Thor, Spiderman have all assembled, this time to …